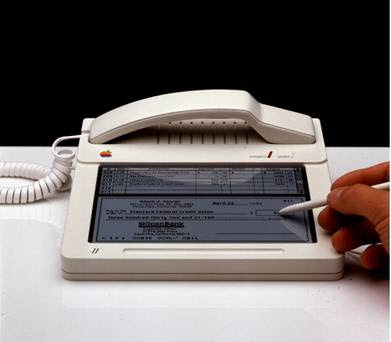 The first iPhone design was a little primitive. When given the beta iPhone, early test groups responded that they wanted “less wires, no pen, and something significantly smaller and mobile.” Apple’s designers threw just about everything out and started again from scratch. It took a little over twenty years, but late in 2006 Apple was ready to show off their new and improved design.

Well, you can have your fancy futuristic mobile phone folks— give me something I can pug into a wall and sit at a desk with.